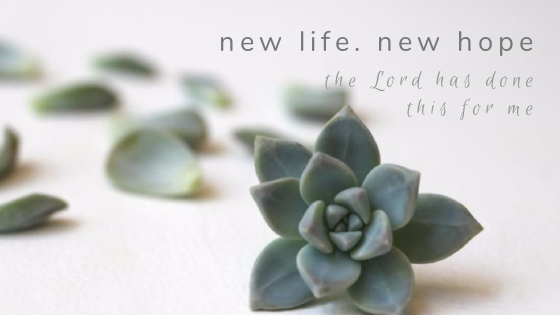 The Lord Has Done This for Me

I love fresh starts and the promise of new beginnings. July 1, 2017, marks the “official” start of our new theme – “more.” An idea that was conceived on Monday, September 26, 2016, and announced on Monday, May 29, 2017, is now ready to breathe life into all who are ready to receive good news.

As we journey together through this new theme, we will look at women who received “more” through the life-transforming work of Jesus. The first woman we encounter in the gospel of Luke is Elizabeth. She is described as the wife of a priest named Zechariah, a descendant of Aaron, upright in the sight of the Lord, blameless in observing all the Lord’s commandments and regulations, childless, barren, and well along in years. (Luke 1:5-7)

Little did she know that the Lord had more for her than she could have ever asked or imagined.

Who would bear this son? Who would give birth to this one? Elizabeth.

Elizabeth became pregnant and for five months remained in seclusion. Scripture records her words of gratitude and praise: “The Lord has done this for me. In these days, he has shown his favor and taken away my disgrace among the people.” (Luke 1:25)

What is your story? Do you have a testimony of receiving “more” from the Lord? Are you still waiting? Don’t despair. God sees you. God loves you. God has provided all that you need. The answer begins with Jesus, the One God sent to proclaim good news to the poor, bind up the brokenhearted, proclaim freedom for the captives and release from darkness for the prisoners. May this year bring experiences which cause you to exclaim with delight, “The Lord has done this for me!”

Jen is the national director for Alliance Women; she serves in a variety of ministry capacities, including on the President's Cabinet for The Alliance. She enjoys reading, travel, and completing the New York Times crossword puzzle daily. Jen and her husband, Doug, attend Dover Avenue Alliance Church in Orange City, Iowa.

The Next Generation: Drifters?

No Responses to “The Lord Has Done This for Me”