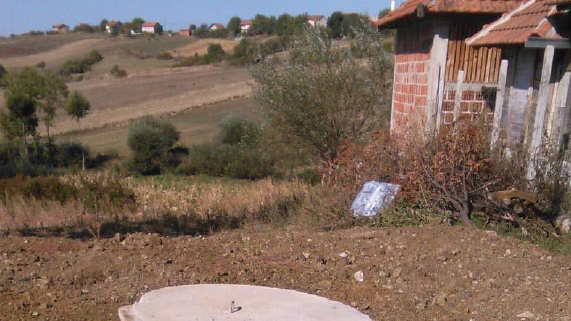 From Hopelessness to Healing

Posted on December 1, 2020 by Melissa Singfiel

Hanife* was a 24-year-old mother of five when her husband joined the Kosovo Liberation Army, leaving her at home with the children. One night Serb soldiers entered Hanife’s home, sexually assaulting her before setting her home on fire.

As Hanife watched her house burn, she begged the soldiers to kill her, knowing the shame of her assault would haunt her. However, the soldiers insisted a bullet would be a gift they were not willing to grant her. When her husband returned home and discovered what had happened, he abandoned Hanife, taking the children with him and insisted she would never see them again.

Reconciliation
For a year, Hanife lived with her parents until her father could find her another match. This time she would be a second wife, joining a couple who had been childless for several years. This couple only wanted Hanife for her child-bearing ability, planning to cast her out once she had produced two children. They treated her like a slave and threatened to tell the community of her shame if she refused to comply.

Once Hanife delivered a second daughter, the first wife asked her husband to get rid of Hanife. However, he insisted that she stay to nurse the baby until the child’s first birthday. During that time Hanife became pregnant again, this time delivering a son. By this time, her husband cared for her and would not cast her out. Hanife eventually became pregnant again with twin boys.

Hanife bore five children for her second husband, but she never forgot the five children who had been taken from her. When her oldest daughter went to college, Hanife went to the school to try and talk to her. She refused to speak to Hanife, accusing her of abandoning them for another man.

It was then that Hanife understood the extent of her first husband’s betrayal. She told her daughter what had really happened, encouraging her to verify the details with her grandmother. Now that Hanife’s older children know the truth, she is able to have contact with them and her five younger children have a relationship with their five older siblings.

Living Water
In the fall of 2019, the Healing Unseen Wounds project coordinator, Belize, and Alliance workers Connie Seale and Melissa Singfiel met Hanife for the first time. She and her family lived in a house with only one heated room and no running water. More of the home is usable in the warmer months, but when it gets cold, the family of eight crowds into one room that functions as both living room and kitchen.

Healing Unseen Wounds arranged for a well to be dug on the property. The day of the well opening was one of great excitement, and when the water began to flow, Hanife declared it was like every holiday rolled into one. Once the family had regular water, Healing Unseen Wounds was also able to build them a greenhouse so they can grow their own vegetables.

Hanife and her family are so grateful for the simple gift of running water. Pray that through the kindness of Healing Unseen Wounds this family will come to know the One who offers living water.

Alliance Women has set a goal of raising $32,000 for the ongoing Healing Unseen Wounds project. This money will provide two years of trauma counseling through mental health workshops, two years of business consulting, and funds for women to purchase beehives, sewing machines, cows, and greenhouses. Prayers and financial gifts are appreciated. Give.

Melissa and her husband, Jeff, have served as international workers in Kosovo since 2002. Melissa currently leads the Women’s Commission for the National Evangelical Alliance in Kosovo and serves female international workers by facilitating Empower, a women’s developmental program in partnership with the C&MA Metropolitan District and Alliance Theological Seminary.

Is All This Suffering for Nothing?

Two Responses to “From Hopelessness to Healing”